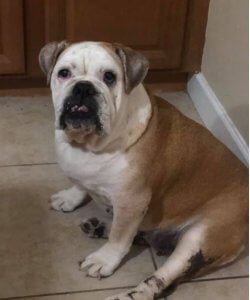 LATEST UPDATE: Poppy is the sweetest girl and looks SO GOOD these days! She is awaiting her forever home patiently. She lives with children and does well with kids as young as infants! She would likely be fine with cats as well. She does well with other dogs in her foster home most of the time, but occasionally can get jealous so you would need to monitor her in situations where this could happen. She is very low key & not active due to arthritis, so she takes a joint supplement and can not do stairs. Poppy is on prescription & OTC eyedrops for dry eyes. She is on Atopica for allergies and gets an ear flush regularly to prevent ear infections and this routine is working very well for her! 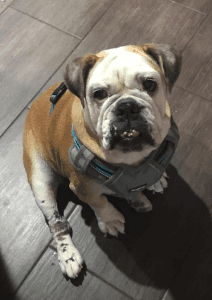 UPDATE 1/7: Poppy is eating Royal Canine Weight Management diet now, since she put on a few too many pounds in her foster home. She is need of an experienced bulldog owner that can manage her medical issues from her years of neglect. She is on a joint supplement & Carprofen for her arthritis. She is on a few different eye drops. She gets a monthly cytopoint shot for allergies. Her chronic ear infections is what we have not been able to get a hold of yet. She will be seeing the vet again later this month and could possibly need an ear ablation.

Poppy would do great in a home with kids. She LOVES to cuddle with the children in her foster family. She can not do stairs do to her arthritis and does not move around much, expect to go outside. She does go out frequently, but is well house-trained. She does decent with other dogs, but can get jealous of her bulldog sister when it comes to food and attention. So she would do best with a passive dog or as an only dog. Poppy would likely do just fine with cats.

UPDATE 7/23: Poppy is LOOKING Leaps and bounds better than the day she was pulled from the shelter. She has had her eyes corrected and is the epitome of a couch potato! She would not be able to do stairs in a home as her mobility is not the greatest. She does best relaxing on the couch. Poppy would do well in a home with children and most dogs. She likes to spend her time napping! She will need to remain on prescription eye drops for life. She also is slow moving due to her hips & some arthritis.

Sweet Poppy is not feeling too well right now. Her ears are a mess… her eyes…her skin and she may or may not have a vulvar tumor…plus some bad teeth. You know it’s bad when the vet says she looks bad. She is on medications and will be spayed soon. Hopefully she will feel better soon. 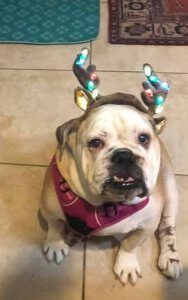 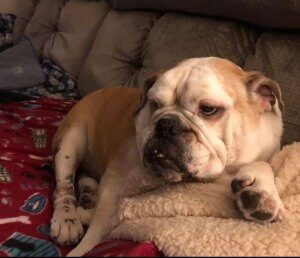 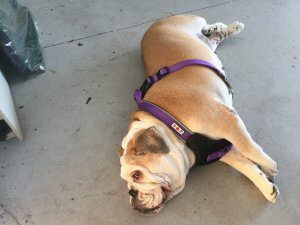 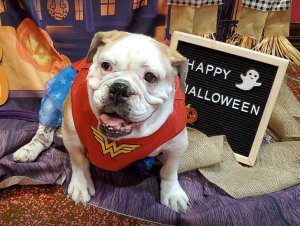 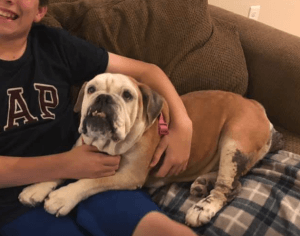 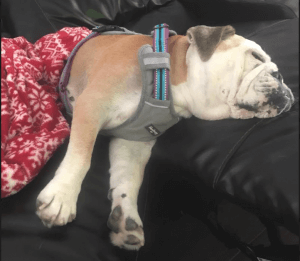 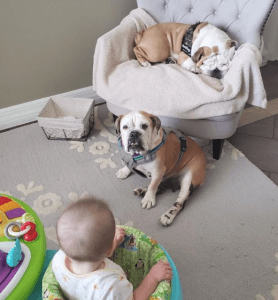 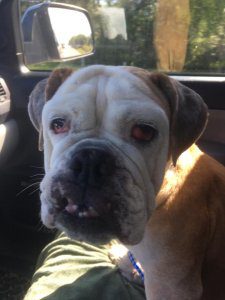