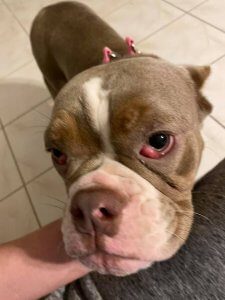 UPDATE 3/10: Tara had her 2nd Cherry Eye surgery and both of her cherry eyes were fixed. She is healing up nicely so far, so we hope the surgery will be a success! We also did a genetic test on Tara and found out she is 50% english bulldog and 50% american bulldog.

UPDATE 1/21: Tara had both her cherry eyes corrected, but both popped back out, so she will need to have that re-done and also still be spayed. She is much less timid now and your typical puppy that loves to play. She is getting potty-trained and making some progress. She does very well with other dogs.

INTAKE 1/4: Tara was pulled from a local Florida shelter after being dropped off by her owners because “They had too many dogs”. She is a young female that was very scared upon leaving the shelter, but is improving each day! She is energetic and playful as a pup should be. She has 2 cherry eyes that we will be correcting and she will also be spayed soon as well. She does very well with other dogs so far. 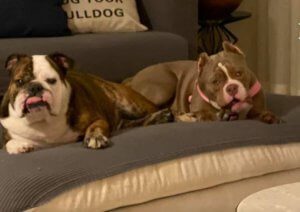 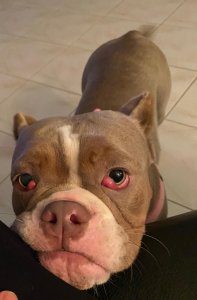 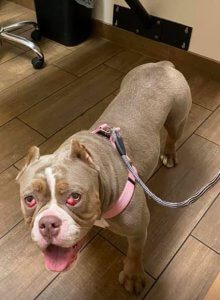 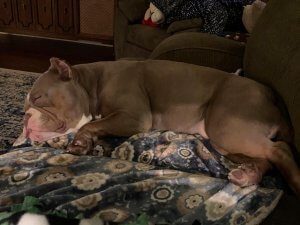